Las Ramblas is arguably the most famous street in Barcelona, possibly even in Spain. Admittedly it has become a tourist mecca and inevitably lost some of its earlier 19th Century charm, but if you can filter out the gaudy souvenir shops and hideously over-processed photos of hideously over-processed food, it is well worth a few hours of your time.

A city plan from 1740 shows the original form of the the Ramblas. A scruffy track, snaking up from the water to a gate in the old city walls.

Sections of the street carried names of the convents and churches that had sprung up outside Barcelona in the rural area to the west called El Ravel. Midway was the, now world famous, Boqueria food market, perfectly placed in between its rural vendors and their urban customers.

As the city expanded westwards, the Ravel began to fill in, the Ramblas became the logical access to this labyrinth of houses and workshops. As its importance grew, it became necessary for the city to develop and construct a proper avenue. The original ‘straight line’ plan had to be altered as the thoroughfare had already attracted the rich and their architects. Building was frenetic. The final ‘route’ gently swerves around some of the great palaces that now sat in the way.

By the 19th Century it fast became one of the focal points of the ever-expanding Barcelona. Chic shops, stylish houses and the magnificent Liceu Opera House, drew the great and the good to this leafy avenue.

To stroll its length on a Sunday afternoon became one of the local populations great pleasures.

After the Civil War and uncontrolled cheap urbanisation of the Raval, the Ramblas began to lose its charm. The rich had fled; the first tourists had begun to arrive and the drug dealers and prostitutes were quickly moving in.

As with most of the city, the awarding of the 1992 Olympic Games brought sweeping changes. After a concerted effort by the ‘Adjuntament’, the rebirth of the Ramblas commenced. Slowly the Plaça Reial was cleaned up, luxury hotels opened their doors and new business moved in.

For the modern visitor, the only real dangers are the pickpockets that ply their trade in the crowds and the ridiculous prices for mediocre food. There are many sights to enjoy including the Miró mosaic, the Bruno Quadros house and the monument to Columbus to name but a few. 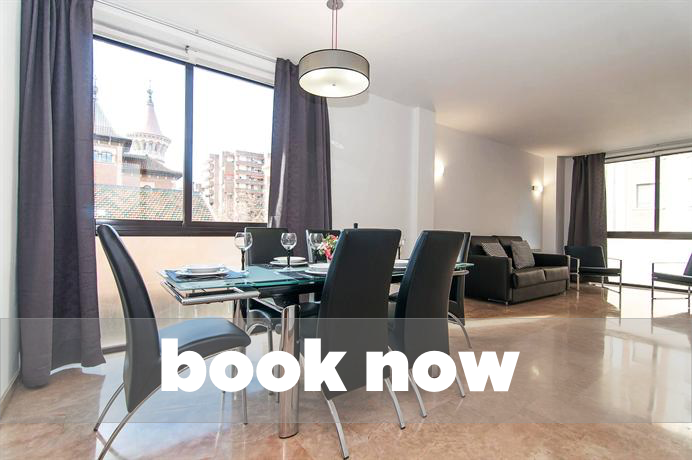